A Parents Engagement Meeting on regarding Childhood Immunisations and the benefits of receiving the Flu Immunisation.

From September 2017, NHS England are offering all children in school years – Reception, 1, 2, 3 & 4, a flu vaccination in the form of a nasal spray.  This will be carried out in school by a team of specially trained immunisation and vaccination nurses that are based in Bedfordshire.

The vaccination programme is designed to protect your child against flu which can be an unpleasant illness and, although rare, can sometimes cause serious complications.  By having the vaccine, children are also less likely to pass the virus onto family and friends.  This will help to protect those who are at greater risk from flu including infants, older people and those with underlying health conditions.

A presentation by the Children’s Immunisation Team and parents had

Children have the opportunity in Years 5 and 6, to go to the Family Room for quiet reflection or prayers, during their lunch hour.

Further details can be obtained from the Family Workers. 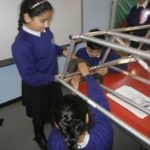 On Saturday 23rd April,’ Team Flash’ of DPS’s Kit Car Club cheered home with two trophies after competing at the Greenpower Goblin Race day event in Stevenage. DPS has been running an after school Kit Car Club for a number of years in which children assemble a battery powered go kart which can then be driven. The Greenpower Trust, which founded this initiative, aims to advance education in the subjects of sustainable engineering and technology to young people. Not only do the children have lots of fun in building a working go kart and racing it, they also learn and experience many inspiring aspects of STEM (science, Technology, Engineering, Mathematics).This was DPS’s first time entering into an organised event to compete with other schools in the county under ‘Team Flash’.

Inspired by the superhero ‘The Flash’ who happens to have lightning speed, our speedsters really got involved in the events at the Da Vinci Studio School with their fantastic looking car. The day started with a great turn out of enthusiastic children, parents and school staff. After being scrutinised for safety and meeting Greenpower regulations, the races were on their way. The first event was the drag race which was all about speed in a straight line. Team flash didn’t let their super hero down when they sped to first place in that race. Next up was the slalom, a real test of driving skills in and out of cones. Although our drag champions didn’t win this race, they did however bring more excitement to the event when the flash mobile speedily bolted into the barriers towards the crowd. Everyone was safe, the car was repaired and the crowd applauded the brave and committed driver off the track. Unfortunately the circuit race was cancelled due to the lack of time, so it was straight to the awards. 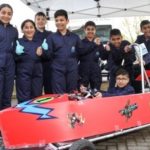 In addition to winning the trophy for the First Place in the Drag race, Team Flash was also awarded the trophy for the best bodywork. Congratulations to Sacred Heart Primary School who won the overall award which represented the best total score from all the events. “Flashtastic”, was the description for the project by one of the students in team flash. 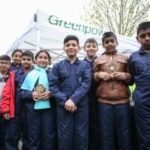 If you would like to learn more about getting involved and supporting the Kit Car Club, please contact Mr W.Khan or Mr A.Kadir.

If you would like to attend please complete the register at the main office so we can have you child ready for you.

If you would like to attend please complete the register at the main office so we can have you child ready for you.

Click on the links below to view details of various Adult Learning Courses enrolling soon:-

Supporting Teaching and Learning in Schools 2017 / 18

Download the latest newsletter from Miss Hooker. You can view previous newsletters and other useful information on the Parents' Info page.

END_OF_DOCUMENT_TOKEN_TO_BE_REPLACED

This website uses cookies to improve your experience while you navigate through the website. Out of these, the cookies that are categorized as necessary are stored on your browser as they are essential for the working of basic functionalities of the website. We also use third-party cookies that help us analyze and understand how you use this website. These cookies will be stored in your browser only with your consent. You also have the option to opt-out of these cookies. But opting out of some of these cookies may affect your browsing experience.
Necessary Always Enabled
Necessary cookies are absolutely essential for the website to function properly. This category only includes cookies that ensures basic functionalities and security features of the website. These cookies do not store any personal information.
Non-necessary
Any cookies that may not be particularly necessary for the website to function and is used specifically to collect user personal data via analytics, ads, other embedded contents are termed as non-necessary cookies. It is mandatory to procure user consent prior to running these cookies on your website.
SAVE & ACCEPT